So many places to see. So little time.

Thanks to the Internet, that question was answered for us.

You know us, we’ll go anywhere so long as we can go by train. So when TreatMe offered a deal of not one, but two trips on the Northern Explorer plus three nights’ accommodation at the Bay Plaza Hotel in Wellington for $399 each, we couldn’t really let it pass.

But we nearly did. Once we read the small print that said you could only stay the three nights we started talking ourselves out of it. What was the point of traveling to Wellington one day, spending that night there, having only two full days in the capital, and then traveling back again? We wanted to go to Zealandia and spend a whole day there, and I’m desperate to see Weta Workshop’s Thunderbirds are Go exhibition. So that’s 1.5 days shot. Top that with needing to see friends and a wish to see both Sir Peter Jackson’s and Sir Richard Taylor’s WWI exhibitions (despite loathing the glorification of war), and three days wasn’t going to cut it.

So we emailed Treat Me. So long as we traveled on train days within the 25th and 31st July, could we stay for longer than three nights…?

Time to do some booking.

We bought the TreatMe tickets. Then I booked the Hotel Waterloo & Backpackers for the first and last nights we were in Wellington. We’ve stayed at the Waterloo before – As has her Majesty Queen Elizabeth the Second… in 1953. This grand old Art Deco hotel has seen better days since the Windsors stayed, but it’s literally over the road from the Wellington Railway station; which is great when the train’s arriving at 6.25pm – i.e. after dark; and leaving at 7:55am.

I’d originally booked the three nights at the Bay Plaza Hotel and attempted to book the last two nights at the Waterloo, but the Friday night was cheaper at the Bay Plaza Hotel as the Waterloo didn’t have any cheap twin rooms with private bathrooms for both nights. It was actually cheaper at the Bay Plaza for the two nights. So I booked Saturday night and then wondered if I should book Bay Plaza’s Friday night separately, since we were using the voucher for the three nights. I emailed them and they said that they’d cancelled my old booking and to rebook for the full four nights. I did that and then checked the Waterloo and it was only the $115 for the Friday night alone. Maybe the dearer rate was for if you stayed longer than one night?

The Northern Explorer used to leave from the Old CPO / Britomart Railway Station, and of course that’s where we assumed we’d be leaving on the 25th. It turns out that it now leaves from behind the old Railway Station in Parnell, or else at Pukekohe. The “new” station (which I think might be better called a platform, is known as the Parnell Strand, and doesn’t seem to have any accommodation as close as Wellington Station or Britomart. (It was good having the Mecure next to the Britomart. Nice and handy – if a little pricey.)

The following day was Saturday and we came home, having done our usual Saturday morning walk down the road, to discover an email from the Bay Plaza Hotel was telling me that we had to organise their accommodation and the train by contacting Gitaway Vacations. I’d no sooner read that when I got a phone call from the Bay Plaza Hotel to tell me the exact same thing – and to tell me to cancel my booking.com booking so I wouldn’t get charged twice – which was good of them.

But at least booking the train was easy. Gitaway Vacations did that for us.

So now our travel and accommodation’s sorted.

Fingers crossed that we have good weather the entire time. And that we’ll see snow at National Park! We’ve never seen snow up close before. Only on the mountains in the distance.

And with both the Hotel Waterloo & Backpackers and Station Backpackers being old Art Deco buildings, maybe I should take my flapper outfit? 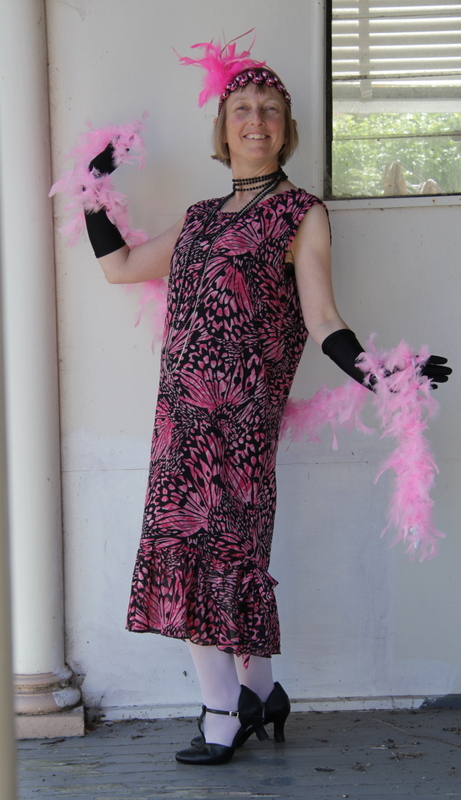